SAN FRANCISCO (MarketWatch) — It’s not on the market until early next year, but the Apple Watch is getting a lot of glowing, almost fawning, first looks. 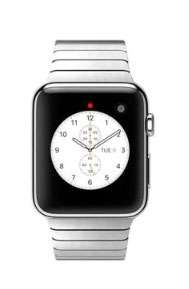 For instance, the New York Times described it as “stunning to look at, with a variety of faces and watchbands that bear more in common with luxury jewelry than with gadgets.”…

For me and probably many women, the watch is too geeky-looking. Even though Apple has condensed more edgy design and electronics into a smartwatch than any of its rivals, the device needs to be smaller and more feminine to appeal to more women.

Not everyone agrees. Leigh Anne Varney, who runs Varney Business Communications, a public relations firm in San Francisco, is a self-professed geek and long time iPhone user who would buy an Apple Watch.

“My girls used to watch a show called ‘Kim Possible’ on the Disney channel, and she was an international crime fighter and talked to her wrist a la Dick Tracy,” Varney said. The bracelet like communications device was called a ‘Kimmunicator.’ I’ve always wanted to do that!”